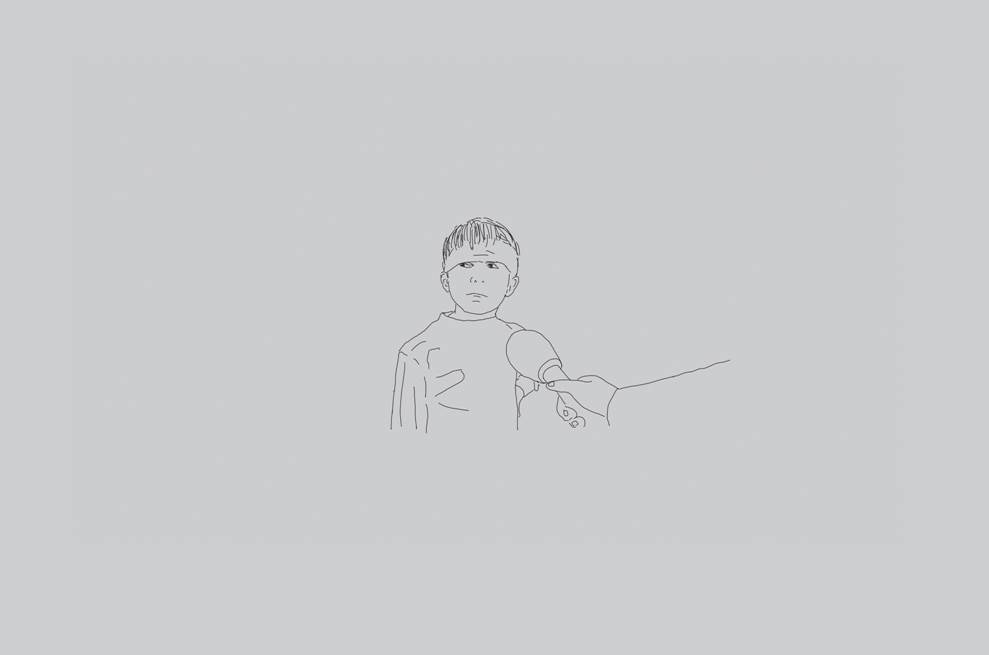 Since both Anita Groener and Owen Boss use photojournalism and news coverage as research material for their current work, the LAB Gallery have invited the artists to discuss their practice together in the Museum of Contemporary Photography of Ireland. This conversation will explore the themes of memorialisation, and the impact of global politics on the individual in the context of Anita Groener’s current exhibition, The Past is a Foreign Countryand Owen Boss’s forthcoming solo exhibition, Intersection, at the LAB Gallery, Dublin.
dublincityartsoffice.ie

About Anita Groener
Asking what it is to be human today, Anita Groener explores the tissue of trauma and loss rooted in this question, through drawings, large scale installations, films, and animations. She makes work for what still needs language experimenting with both figurative and abstract geographies. Symbolic representation tackles her own history and experience of displacement connecting it with one of the most pressing issues of our time – the refugee crises– and our collective response to it. The artist focuses on specific current events, their archetypal and psychological resonances, tracing urgent connections between people driven from their homes through armed, economic or political conflict and her own life and family.

Anita Groener was born in The Netherlands and is based in Dublin, Ireland. In 2005, she was elected a member of Aosdána, the prestigious official association of Ireland’s preeminent cultural producers. Until 2014 she was a professor at the Technological University Dublin where she also served as the Head of Fine Art from 2004 to 2006.
anitagroener.com

About Owen Boss
Owen Boss is a Dublin based artist working across installation, video and collaboration. He has worked with theatre maker Louise Lowe since 2004 and in 2009 the pair established themselves as ANU. Boss uses ethnographic means of research employing multiple entry points including geographical, historical and the archival in a collaborative studio setting. The outcomes of this studio research is generally located in sites for which the very particular geography and history of the resonate with the work itself.

Owen holds a Masters of Fine Art at the National College of Art and Design, Ireland. Recent exhibitions include Beyond These Rooms at Tate Liverpool (2019), Falling out of Standing at the Dingle International Film Festival (2019), Light Moves Festival, Damer House Gallery and Highlanes Gallery. As Co-Artistic Director of ANU Productions Owen Boss’s work includes: Pals: the Irish at Gallipoli, Beautiful Dreamers, Vardo, Angel Meadow, amongst others.

His forthcoming exhibition at the LAB Gallery takes as its starting point his discovery via Facebook that his friend had been travelling on Malaysia Airlines Flight 17 (MH17) when it was shot down over East Ukraine. The wreckage fell 6 miles to earth and all 283 passengers and 15 crew perished. The work seeks to mark a contemporary tragic moment before it becomes consumed by time; looking at the intersection between personal loss alongside themes of memorialisation, national myth making and the impact of global politics on the individual.